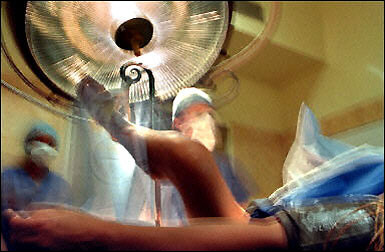 Every woman has the right to the highest attainable standard of health, which includes the right to dignified, respectful health care. http://apps.who.int/iris/bitstream/10665/134588/1/WHO_RHR_14.23_eng.pdf?ua=1&ua=1

WHO outlines the issue:

A growing body of research on women’s experiences during pregnancy, and particularly childbirth, paints a disturbing picture . . . Reports of disrespectful and abusive treatment during childbirth in facilities have included outright physical abuse, profound humiliation and verbal abuse, coercive or unconsented medical procedures (including sterilization), lack of confidentiality, failure to get fully informed consent, refusal to give pain medication, gross violations of privacy, refusal of admission to health facilities, neglecting women during childbirth to suffer life-threatening, avoidable complications, and detention of women and their newborns in facilities after childbirth due to an inability to pay (WHO).

Other abuses not specified by WHO include:

It’s gratifying to see WHO advocating for better treatment and for giving recognition to the abuse, but . . . hasn’t this type of abuse been occurring for many years?

Why has nothing been done until now?

One reason why nothing has been done until now could simply be ignorance of the extent of the abuse.  Fortunately, research, social media and women coming together to form a united force have been remarkably effective in raising awareness.  There are many sites and Facebook pages that have helped to get the word out, like this one:  http://www.improvingbirth.org/ and this one: https://www.facebook.com/birthmonopoly

Raised awareness about the climbing rate of infant mortality may have also been a factor in gaining WHO’s attention.  The infant mortality rate is worse in the United States than it is in many other countries.  More babies are dying before they turn one year old in the United States than in most of Europe and several other developed countries. http://www.cbsnews.com/news/u-s-infant-mortality-rate-worse-than-other-countries/

It could also be that women are making an impact with their choices.  More women are avoiding the hospital and are choosing to give birth at home.

Many women across the globe experience disrespectful, abusive or neglectful treatment
during childbirth in facilities. (1-3) This constitutes a violation of trust between women and their health-care providers and can also be a powerful disincentive for women to seek and use maternal health care services (WHO).
Home births have increased by 50 percent since 2004 in some parts of the U.S.
e
Birthing babies is big business.  C-section deliveries and giving birth accounts for the largest proportion of hospitalizations and inpatient surgeries by a significant margin:
e

Regardless of the reason for WHO’s lack of involvement in the past and for their interest now, it’s wonderful to see abuse during childbirth formally recognized as an ‘issue’.  And recognized as one that needs fixing.

Now, how about other issues in women’s health care?  There are a few others that come to mind in need of some fixing too . . .