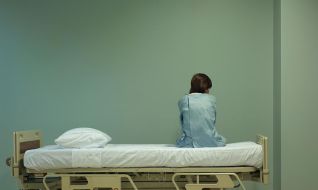 A petition to stop a doctor from abusing women is quickly gaining signatures on Care2 right now https://www.thepetitionsite.com/724/287/788/sexually-abusive-obgyn-must-lose-his-license/.  An OBGYN practicing at the University of Southern California had many complaints against him but he was permitted to continue seeing patients.

Incidence of sexual abuse within health care is much higher than many people might imagine, rivaling levels found in the church and other major institutions.  Unfortunately, many barriers exist when sexual abuse occurs in the context of health care, including a lack of support and justice for those who come forward.

Petitions can help hold doctors accountable.  Doctors with complaints against them are often allowed to continue practicing.  One study spanning 10 years found two-thirds of doctors with “strong evidence of sexual misconduct against them had not been disciplined by medical boards”  https://www.cnn.com/2016/07/11/health/doctor-sexual-abuse/index.html  Another study found that abusive doctors are often viewed as “sympathetic figures in need of therapy instead of predators who must answer to police” (The Atlanta Journal-Constitution, Doctors & Sex Abuse).

The persistent, dismissive attitude towards women abused by doctors has continued for a long time.  Even the #MeToo movement seems to have overlooked women who have been abused in the context of health care.  Women are taking matters into their own hands.

Thanks to Elizabeth for posting the original comment related to this issue and to Chas for linking the petition https://forwomenseyesonly.com/2017/10/27/unnecessary-pap-smears-discussion-forum/