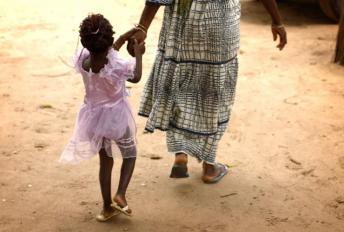 A recent news article in CBC brought gynecology down to an all-time low. Two U.S. gynecologists spoke up about wanting to legalize a “milder” form of female genital mutilation (FGM) for immigrants. The gynecologists argue that allowing legalized “pricking or nicking of the clitoris” of young girls could offer a compromise against more invasive practices that are considered normal in other countries, such as removal of external genitalia or sewing up the vaginal opening.

The gynecologists claim that legalizing a mild form of FGM will help to bring the practice above ground, and prevent more invasive and traumatic procedures from taking place.

The gynecologists liken the clitoral “nicking” to male circumcision and to cosmetic procedures such as labiaplasty. They also suggest renaming the procedure to something less emotive by calling it “female genital alteration” rather than “female genital mutilation”.

This isn’t the first time an argument in support of “mild” FGM has been made. In 2010 the American Academy of Pediatrics proposed legalizing a “clitoral nick”, but retracted their statement following a contentious reception of the proposal.

The gynecologists’ argument is concerning for a few reasons; number one being the fact that they might stand some chance of getting their way. Despite the obviously ludicrous proposal to legalize a medically unnecessary, life altering, barbaric practice; the gynecologists have spun their argument in a way that could be viewed by some as altruistic:

Also concerning is the consideration of who stands to gain and who stands to lose if such a proposal passed legislation. Those in support of legalizing the practice would stand to gain a great deal of business. Gynecologists have been losing business lately due to research that highlights the potential harms, over-diagnosis, over-treatment and futility of many gynecological practices (e.g. pap tests and pelvic exams). If FGM was legalized, gynecologists would be first in line with their pricking instruments and anticipating follow-up exams and treatments.  The deck is stacked heavily in favor of those with power.

Canadian Ob-Gyns offer some much needed sanity by stating that FGM is a “harmful practice and a violation of girls’ and women’s rights to life, physical integrity, and health”, and reiterate that “performing or assisting in female genital cutting is a criminal offense in Canada”. The 989 comments expressing outrage under the CBC news article also offer a glimpse into a saner, safer world than the one proposed by the U.S. gynecologists.